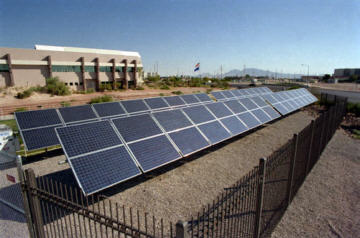 If you compare the price you are paying for electricity Today to what you where paying two years ago. Depending on where you live you have seen that it has gone up from  8% to 25%.

Although the Price per Kilowatt has only gone up around 2% the total cost of your Electric bill had gone up 14% to 30%.

Plus the Tax advantages for producing your own electricity and the peace of mind that come with no power outages, and the fact the your house electrical usage is not contributing to air pollution. If you have equity in your home and can refinance, you reduce your monthly cash flow by the price of your electric bill.

Or you can start with a small system and build it up over time until you are energy independent. Plus now you can cut your electrical usage with conservation and timing. If your power is not reliable then you can start with a backup systems then add solar or wind later. 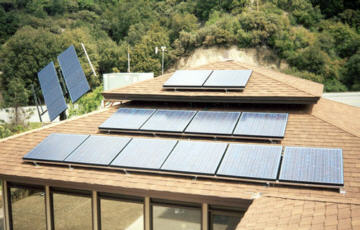 We have a comprehensive Design Guide and Price list that can help you see what we can provide for you. So don’t delay call today and get your Catalog or purchase one online with a Credit Card at www.EcoVantageEnergy.com. 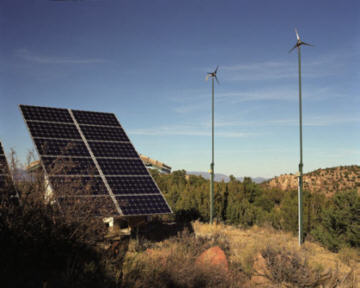 Don’t let the amount of information that it contains scare you. We are always available to help you design a system that is right for you. Whether it’s for 10% or 150% of your power needs.

Energy Payback: Clean Energy from PV Producing electricity with photovoltaics (PV) emits no pollution, produces no greenhouse gases, and uses no finite fossil fuel resources. These are great environmental benefits, but just as we say that it takes money to make money, it also takes energy to save energy. This concept is captured by the term “energy payback,” or how long a PV system must operate to recover the energy—and associated generation of pollution and CO2—that went into making the system in the first place. Energy payback estimates for rooftop PV systems boil down to 4, 3, 2, and 1 years: 4 years for systems using current multicrystalline-silicon PV modules, 3 years for current thin-film modules, 2 years for future multicrystalline modules, and 1 year for future thin-film modules. With energy paybacks of 1–4 years and assumed life expectancies of 30 years, 87% to 97% of the energy that PV systems generate will be free of pollution, greenhouse gases, and depletion of resources. Let’s take a look at how the 4-3-2-1 paybacks were estimated for current and future PV systems. (DOE NREL)

Energy use from fossil fuels is a primary source of air, water, and soil pollution. Pollutants— such as carbon monoxide, sulfur dioxide, nitrogen dioxide, particulate matter, and lead— take a dramatic toll on our environment. On the other hand, most renewable energy technologies produce little or no pollution. (DOE NREL)

Both pollution and global warming pose major health risks to humans. According to the American Lung Association, air pollution contributes to lung disease – including asthma, lung cancer, and respiratory tract infections – and close to 335,000 people in the United States die from it every year. Meanwhile, the long-term effects associated with global warming may be even more devastating. Deaths due to extreme weather could increase, and diseases could have a greater potential to thrive as temperatures rise. (DOE NREL)

An average U.S. household uses 830 kilowatt-hours of electricity per month. On average, producing 1000 kWh of electricity with solar power reduces emissions by nearly 8 pounds of sulfur dioxide, 5 pounds of nitrogen oxides, and more than 1,400 pounds of carbon dioxide. During its projected 28 years of clean energy production, a rooftop system with 2-year payback and meeting half of a household’s electricity use would avoid conventional electrical plant emissions of more than half a ton of sulfur dioxide, one-third a ton of nitrogen oxides, and 100 tons of carbon dioxide. PV is clearly a wise energy investment with great environmental benefits! The carbon dioxide emissions avoided would offset the operation of two cars for those 28 years.(DOE NREL)